Skip to content
Home Uncategorized The video for Sky no Fafner Behind the Line announces the premiere date of January 20.

The Sky no Fafner: Dead Aggressor: Heaven and Earth opening day stage greeting and Kazuki’s birthday celebration event revealed on Friday that the special early screening run of the Sky no Fafner: Behind the Line spinoff anime would begin on January 20. A promotional film was also unveiled at the event:

Each episode of Behind the Line tells a whole narrative. As a “gentle offshoot,” the project was initially offered to supporters during the “Sshi Minashiro Birthday Party 2017” celebration. Before the Fafner EXODUS sequel series and after the film Sky no Fafner: Dead Aggressor: Heaven and Earth, the tale of everyday life takes place.

The original work is attributed to XEBEC. At Production I.G, Takashi Noto and Tow Ubukata are both back to write and direct the episode. Hisashi Hirai, a character designer, Naohiro Washio, a mechanical designer, and Tsuneyoshi Saito, a composer, are more returning cast members. The theme song will be performed once more by the duet angela.

Additionally, a recurring cast will appear in the episode.

The Blu-ray Disc and DVD for the 12-episode Sky no Fafner THE BEYOND anime were released on March 16 and the remaining three episodes of the 12-episode series premiered in Japanese cinemas in November 2021.

The 2010 movie Sky no Fafner: Dead Aggressor: Heaven and Earth, as well as the original 2004 anime Fafner, were both produced by Funimation under license. In various nations, Crunchyroll streamed both seasons of the Fafner EXODUS sequel series as they aired in 2015. 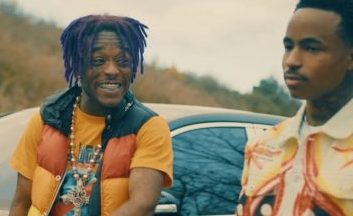