Skip to content
As we know last year Dota 2’s has given $ 25 million prize to the winner but this year prize get raise from $25 million to $30 million. Prize may got rise and players can win more. The game is schedule to 25th of august. 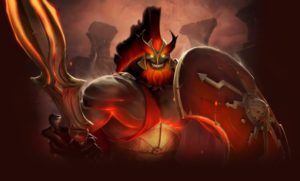 The prize has already raise so high that it already left the prize amount of Fortnite prize. The prize money will get divided into two that is solo and duo, but the total amount of prize is the highest prize amount in the history of esport tournament ever.