The second season of Tokyo Mew Mew New, the brand-new anime adaptation of Reiko Yoshida and Mia Ikumi’s manga series, will premiere in April 2023 on TV Tokyo and its affiliates, according to the series’ official website. An announcement video started playing on the website:

On the same day, the 12th and last episode of the first season aired. My Sweet Heart (New Version) by Yki Tenma as Ichigo Momomiya was a song insert in the episode. The website started playing the insert music, which contains spoilers and also features the episode’s conclusion in video form.

On February 26, 2023, the cast will attend the “Tokyo Mew Mew New Special Event Cat!! Shite SuperParty” event for the series at J: COM Hall in Hachioji. On January 7-8, 2023, in Tokyo’s Jiji Press Hall, there will also be a cast live reading of a new screenplay.

In addition to a live performance in March 2023, Smewthie, the group made up of the five main cast members, will do a live reading of a play on November 22 and a holiday event on December 22. On January 18, 2023, Smewthie will release a new CD.

On July 6, the show debuted.

As the show airs in Japan, HIDIVE is streaming it.

The anime centers on Ichigo Momomiya, a young woman who uses the Iriomote leopard cat’s transformation power to become Mew Ichigo (Strawberry) in order to save Earth against the parasitic Chimera Anima invaders.

The debut digital single by the Smewthie group, which consisted of the five main cast members, was released in March 2021.

At Yumeta Company and Graphinica, the animation was directed by Takahiro Natori (Aria the Crepuscolo, Cannon Busters), while the screenplay for the series were written by Yuka Yamada (Miss Kobayashi’s Dragon Maid, Bungaku Shjo, Neo Angelique Abyss).

The characters were created by Satoshi Ishino (Date A Live, No. 6), while the music was handled by Toshiki Kameyama.

From 2000 to 2003, Yoshida and the late Ikumi serialized their original Tokyo Mew Mew magical girl manga (Kodansha is credited with coming up with the idea for the series), and Tokyopop released all seven volumes in English. 2011 saw the publication of the manga by Kodansha Comics in three omnibus volumes with a fresh translation. 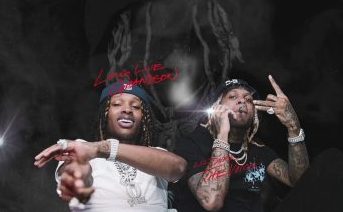